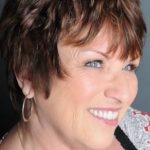 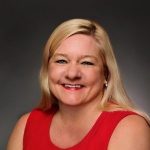 BURBANK, CA – Cast & Crew, which provides payroll and human resources, accounting and financial, and workflow and productivity software and services to the entertainment industry, today announced the promotion of Juli Totta to Vice President, Labor Relations. She will assume the department-leadership responsibilities currently held by Shirley White, who retires in January 2019 after more than 34 years at the company.

Totta has 30-plus years of experience working in the entertainment industry. She has been with Cast & Crew for more than 13 years, focused on labor relations and payroll, and is skilled in several areas of entertainment payroll, including contract interpretation. In her new role, Totta will report to Kathy Fisher, Vice President of Payroll Operations Support Services.

“Shirley has long guided our labor relations capability with distinction and character and all of us at Cast & Crew are grateful for what she has meant to this company,” said Kriege Janz, Senior Vice President, Operations. “She has been both a great mentor and example to her colleagues and a true partner to our clients.”

“Going forward, we also are extremely fortunate to have someone like Juli ready to step up and take over for Shirley. With her broad and deep understanding of entertainment labor relations, I know Juli will be a great asset to Cast & Crew as we continue to move through an exciting time in our company’s evolution.”