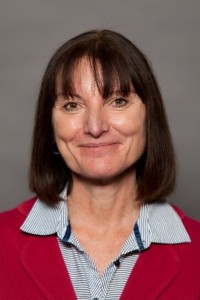 Najdziuk began her career at Cast & Crew in 2008 as the Director of IT Service Delivery directing technology projects for internal business groups and has become an important member of the corporate technology team. Prior to joining Cast & Crew, Najdziuk served as Vice President, IT at Sony Pictures Entertainment, where she spent 12 years in various roles including oversight of financial and television systems.

“Jadja’s 20 years in corporate technology is an extremely valuable asset for Cast & Crew, especially as we continue to grow and expand our service offerings while maintaining an unwavering focus on security,” said Eric Belcher, President and CEO of Cast & Crew. “Jadja’s role is integral to the growth of our company and her expertise will help guide us as we become the premier provider of digital products and services to the industry. I am pleased to recognize her dedication and contribution in driving many of our operations processes and quality assurance.”

Najdziuk noted that Cast & Crew is going through an exciting transition phase marked by strong organic growth, the integration of its 2016 acquisitions of CAPS Payroll and Final Draft and the development of best-in-class digital products and services.

“I’m so happy to be part of the growing Cast & Crew family at a time during the company’s important growth and digital transformation,” she said. “My role in Corporate Technology provides me with new – and interesting – daily challenges that are integral to the company’s future path.”

Cast & Crew Entertainment Services, LLC (www.castandcrew.com) is the premier provider of technology-enabled payroll and production-management services to the entertainment industry. Cast & Crew’s services include payroll processing, residuals processing, workers’ compensation services, labor relations, production incentives and production tax credit financing. Cast & Crew’s PSL production accounting software is the industry-leading accounting application serving the needs of the film, television and digital media industries. The company was founded in 1976, and its corporate headquarters are in Burbank, California. In 2015, Silver Lake became the controlling shareholder of Cast & Crew with a goal of helping the company achieve its next phase of growth.