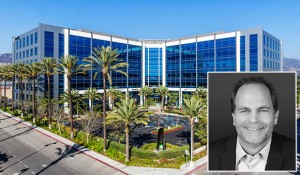 An entertainment management firm is expanding its footprint by 20,000 square feet at Walton Street Capital’s Empire Center in Burbank. The nine-year lease is worth about $6.8 million, a source familiar with the transaction told The Real Deal.

Cast & Crew Entertainment Services, a payroll and production management provider, is now the largest tenant at 2300 Empire Avenue, a 364,000-square-foot Class A office building, according to the tenant’s broker on the deal.

The firm now occupies more than 90,000 square feet at the building, up from 51,000 square feet when it first inked a deal for space there in 2011. It was among the first tenants to sign on. The new lease brings the property to about 80 percent occupancy, the source said.

Other tenants include Playboy Plus Entertainment, which inked its deal in 2012.

The annual rent for the deal was not disclosed, but asking rents were reportedly $3.25 per square foot when Playboy signed its lease.

Walton Street, a real estate private-equity firm headed by Neil Bluhm, acquired the property for $55 million in 2009 from Higgins Development, according to Real Capital Analytics.

The global investment firm has invested and managed over $8 billion worth of real estate since 1994, its website shows. Its Los Angeles holdings include the MGM Tower at 10250 Constellation Boulevard and One World Trade Center in Long Beach.