On Groundhog Day, when Cast & Crew announced the acquisition of Final Draft®, it became clear that the digital automation of physical production is moving toward seamless integration with above-the-line functions — in this case, screenwriting. 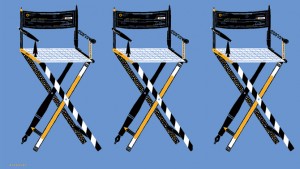 The transaction has a potentially profound impact on Hollywood scripters. Ever since Final Draft was introduced by co-founders Ben Cahan and Marc Madnick in 1991 to make it simpler for screenwriters to deal with the studios’ painstaking requirements for script submissions, its software has been adopted by legions of writers.

“We expanded what we offered to stay competitive,” Madnick says. “Ben (who left the company about 10 years ago) and I always wanted to make one more dollar than what we spent. I feel as if my patience in keeping the same approach has won out, because I’m very comfortable with how this has turned out.”

Eric Belcher, president and CEO of Cast & Crew, says that the deal came together quickly. “We met last year in Westwood, and it was love at first sight,” he explains. “Final Draft is the default leader in screenwriting software, and the repository of an amazing amount of data, so this deal makes perfect sense, because we are all about the technology to create end-to-end solutions.”

Belcher stresses that Final Draft will operate under its current name and with its current senior team led by Madnick and Scott McMenamin, the company’s president. It employs about 40 people.

Cast & Crew was acquired from ZM Capital in July 2015, by Silver Lake Partners, which counts William Morris Endeavor/IMG Worldwide within its $26 billion portfolio. At that point, C&C already was introducing software designed to digitize all below-the-line production activity, including the hiring and time sheets of everyone working on a project. The ultimate goal is to automate the entire production process and run it via cloud-based systems.

The acquisition of Cast & Crew, and in turn of Final Draft, is part of a consolidation trend among production-services providers. Back in July, C&C’s major rival, Entertainment Partners, bought its smaller competitor, Ease Entertainment. Ease, in turn, had recently purchased Scenechronize, a provider of production management software. None of the terms of these transactions were disclosed.

Another factor driving Cast & Crew’s purchase of Final Draft: It’s a good bet that the seemingly insatiable demand for entertainment content — particularly given the recent explosion of TV channels and streaming services — will continue to grow in the coming years.