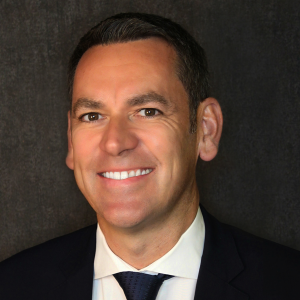 “We are delighted to welcome Graham to the company and the executive team,” Cast & Crew CEO Eric Belcher said in a statement last week. “His blend of Sales and Services experience across software and entertainment is particularly relevant given our heightened focus on technology-enabled solutions and enhancing operational excellence to further serve our customers around the world. We look forward to leveraging Graham’s expertise to align core internal groups, elevate our investment in analytics and optimize the sales journey for our valued clients.”

Graham joins Cast & Crew from Namely (a payroll and Human Resources software company), where he was President and Chief Revenue Officer. He has more than 20 years of experience in driving business-process improvements and growth within the software and entertainment industries. He began his career in enterprise sales for IBM and Oracle before joining British software company Cramer to lead their Channels and Alliances teams. Following a successful acquisition by Amdocs, he rejoined Oracle to run a global business unit before stepping into a high-growth opportunity at SuccessFactors. As Senior Vice President and GM, he was responsible for their global HCM business including sales structure, operations, marketing and revenue growth. During his tenure SuccessFactors was acquired by SAP for $3.4 billion. In 2014, Graham joined another high-growth company Box, where he was responsible for all revenue and global execution as Executive Vice President of Worldwide Field Operations, growing revenue from $100 million to $380 million as well as through a successful Initial Public Offering (IPO) on the New York Stock Exchange in 2015.  He then joined DreamWorks NOVA, a division of DreamWorks Animation, as President and Chief Operating Officer.

The appointment of Younger aligns seamlessly with the mission of EQT, the differentiated global investment organization which recently purchased Cast & Crew. EQT has enabled Cast & Crew to take its suite of offerings to the next level while maintaining an unmatched reputation for providing excellent service. Younger possesses the skills and experience to manage the challenges of continued expansion while improving and extending the organization’s current payroll, human resources and software solutions.

“This is an extremely exciting time to be joining Cast & Crew, given the company’s established market position in the entertainment industry and the opportunity to bring increasing value to a sector that is growing and digitizing at an increasingly rapid pace,” Younger said. “I look forward to being part of the Cast & Crew team that delivers additional value to both existing and new customers. Cast & Crew has an unprecedented opportunity to build on a very strong legacy and become an even more critical partner to an industry currently going through a significant transformation.”