With an annual budget of $420 million, New York State has one of the nation’s most generous tax credit programs for film and television production. And with New York City providing a tantalizing backstory of finance, fashion, art and 24/7 dynamics, it isn’t surprising production after production originate in the state. 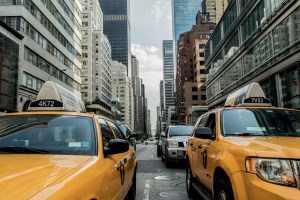 Not only do film and TV productions benefit from the generous incentives, New York State’s economy receives a sizeable boost as well. According to the Empire State Development office’s quarterly reports for 2017, the 158 film and television projects that were issued credits that year contributed approximately $3 billion to New York State’s economy and provided thousands of full-time industry related jobs. In the same year, 72 postproduction projects spent $133 million and created 2,025 postproduction related jobs.

New York’s Production and PPO incentives offer a base credit of 30 percent for all qualified spend (including compensation for below-the-line crew) incurred in New York State during preproduction, production and postproduction. Because New York does not have a minimum spend requirement, productions of any size can benefit from the tax credit program. Projects filmed outside New York may still apply to have their postproduction costs qualify for the PPO incentive program.

New York offers a five percent commercials tax credit, which is available to qualified commercial production companies (QCPCs) shooting downstate and upstate. Commercial projects must meet a minimum spend requirement of $500,000 (downstate) and $100,000 (upstate). Additionally, a 20 percent “growth credit” exists for QCPCs. More details can be found in the Commercials table below.

This may impact your production company’s cash flow, so make sure your finance plan accounts for this disbursement schedule. 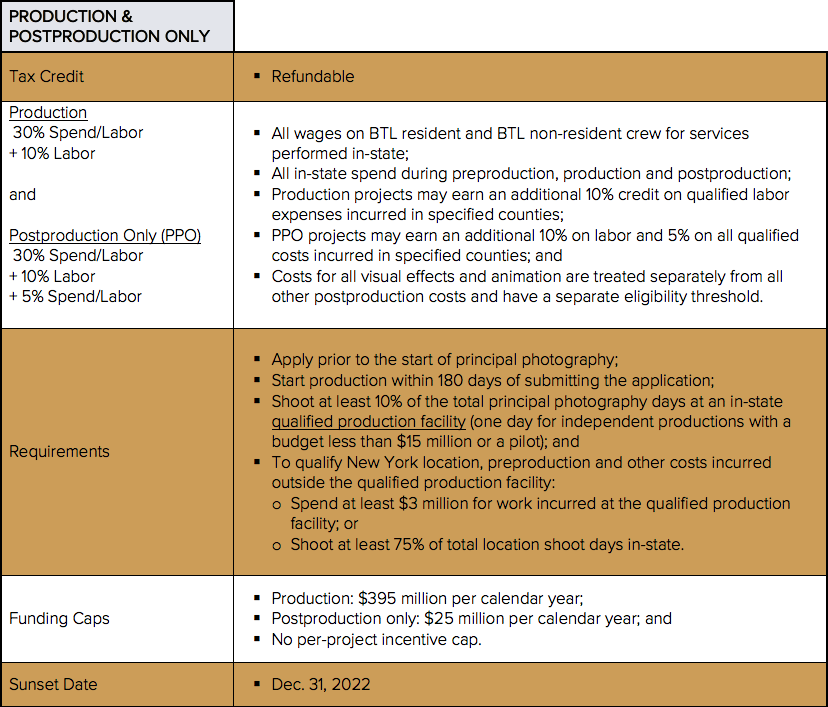 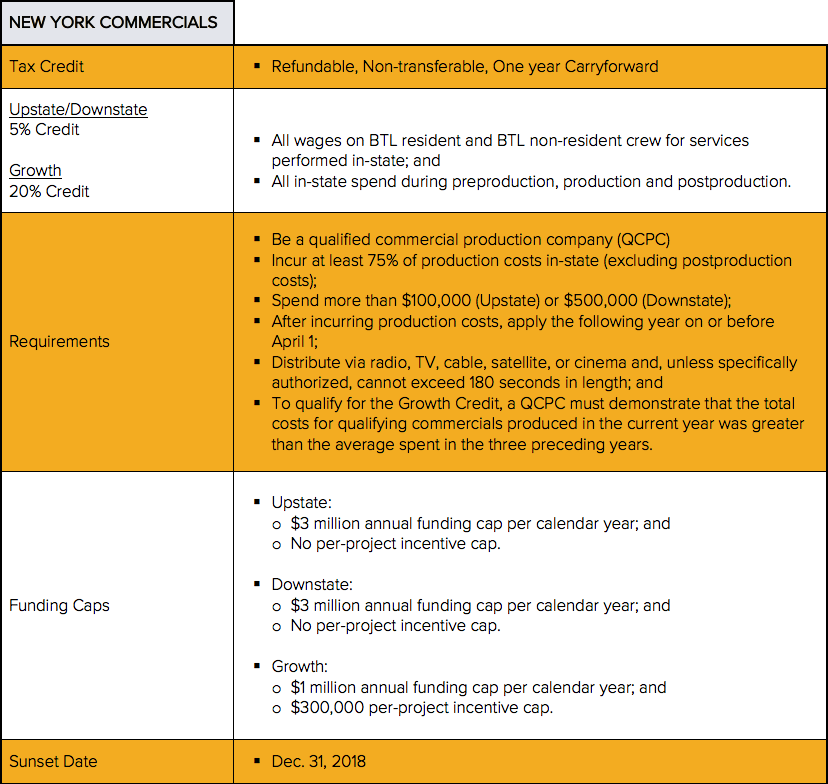