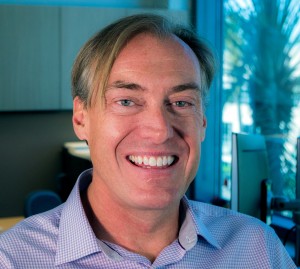 Patterson joins Cast & Crew from PayPal Holdings, Inc. in San Jose, where he was Senior Director, Transaction Engineering, for the past three years. He will sit on the executive committee and report directly to Eric Belcher, Cast & Crew’s President and Chief Executive Officer.

As Cast & Crew’s new CTO, he will oversee several critical areas, including the corporate technology and security teams. He also will direct and manage the company’s engineering team and its development of Cast & Crew’s digital products.

“Andrew brings an energetic and entrepreneurial spirit to our organization and has experience at the start-up level as well as major Silicon Valley corporations,” Belcher said. “We are entering a critical period in our history at Cast & Crew and I look forward to working with Andrew as we integrate our three companies, deliver our digital products and continue to grow.”

“It’s a really exciting time for the industry – and for me personally – as we look at the intersection of the world of technology with entertainment and Hollywood,” said Patterson. “I’m eager to bring my knowledge and experience working in the payments software industry to Cast & Crew as we roll out our digital products and change the way the industry operates.”

Patterson was educated in Canada, earning bachelor’s degrees in both philosophy and computer science from Dalhousie University in Nova Scotia, and a master’s degree in business administration from Queen’s University in Kingston, Ontario.

Cast & Crew Entertainment Services, LLC (www.castandcrew.com) is the premier provider of technology-enabled payroll and production-management services to the entertainment industry. Cast & Crew’s services include payroll processing, residuals processing, workers’ compensation services, labor relations, production incentives and production tax credit financing. Cast & Crew’s PSL production accounting software is the industry-leading accounting application serving the needs of the film, television and digital media industries. The company was founded in 1976, and its corporate headquarters are in Burbank, California. In 2015, Silver Lake became the controlling shareholder of Cast & Crew with a goal of helping the company achieve its next phase of growth.